Researching the English Civil War and Charles I’s reign is notoriously difficult for historians, as the chaos of the war led to the mass destruction of vital documents. The implementation of the Caroline religious policy is particularly difficult to document as the Parliamentarian’s destruction drastically affected the English Cathedrals and their records. However, excitingly, there is some little-known and rarely used evidence for the implementation of Caroline altar policy within Worcester Cathedral’s Library, illustrating the controversy surrounding the Laudian reforms within Charles’ kingdoms.

King Charles I. Image copyright the Dean and Chapter of Worcester Cathedral (UK)

Charles I’s religious policy was divisive during the 1630s, up to the point where the First Civil War broke out as a response to his so-called ‘creeping Catholicism’, which alarmed the growing puritan majority across the country[1]. Charles’ 1630s religious policy – most commonly known as Laudianism – sought the beauty of holiness ­and a return to the centrality of the Cathedral to lead the liturgy of the Church of England[2]. The most controversial change was the placement of the communion table and the giving of the sacrament.

Laudianism called for the communion table to be moved into the east end of the Chancel and placed in an altarwise position (north-south, rather than the tablewise east-west), and preferably railed so worshippers would kneel to receive communion, known as the Caroline altar policy. The policy was designed to restore the Cathedral as the mother of the diocese and emulate the gateway to Heaven, ensuring order and uniformity which would ensure the structure needed to achieve Laud’s beauty in holiness and remove the ‘puritanical excesses’ that dominated many parishes[3]. 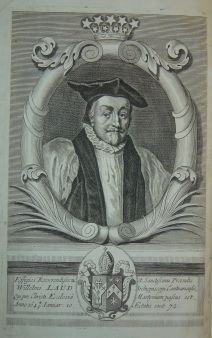 However, the reforms were met with scorn and loathing by the puritan majority. The altar policy was unacceptable for them, as it recalled the medieval Catholic rhetoric of the beauty and perfection of worship, undermining the Reformation and demonstrating the ‘creeping Catholicism’ that had formed through a Catholic faction surrounding the King’s council[4]. It was this reform in particular that prompted the outbreak of the Civil War as the puritans sought to remove what they believed to be the popery infiltrating the Church, leading to the mass desecration that dominated the early Civil War.

The question remains, what did this mean for Worcester Cathedral? Up until recently historians believed there was not enough information to view accurately what had happened in the Cathedral in the wake of the Caroline policy[5]. Most English Cathedrals do not have enough evidence to prove one way or another what the Cathedral did to their altars during the mid to late 1630s and Worcester was counted one of their number. However, there is one document from the Library describing the erection of a stone altar during 1634, with ‘an azure hanging’ placed behind it, a pall, and upper and lower frontals to adorn the altar itself[6]. 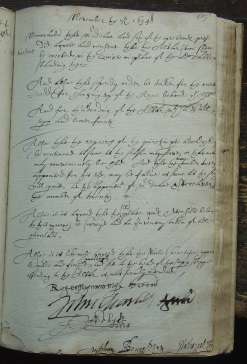 It is interesting that the Cathedral went so far with the altar, as the majority of Worcester’s Chapter subscribed to the puritan view of transubstantiation, communion and the placement of the communion table[7]. By the 1620s the vast majority of Cathedrals in England had developed a strong Calvinist identity through the longevity of the Elizabethan settlement, which blocked the development of Laudian reforms, much to the chagrin of many Jacobean and Caroline religious moderates[8]. For Worcester, the situation would have been exacerbated by Bishop Thornborough, who was a staunch supporter of Elizabethan Calvinism and accepted the rising puritanical theology[9]. 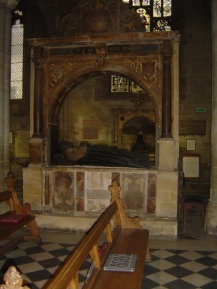 However, the King managed to prevail through the replacement of the Dean with a Laudian sympathiser, Roger Maynwaring, who overpowered the wishes of the Chapter and had both altar and rails erected during his time as dean[10]. This alteration came with a series of reforms to the structure and look of the Cathedral and ended with Maynwaring being accused of ‘popish innovations’ and tried as a Catholic[11]. Meanwhile his successor, Christopher Potter, continued to enforce the King’s policy as a zealous supporter and friend of Archbishop Laud[12].

But this is not the end of the story, as those familiar with Worcester will know, there is no longer a seventeenth-century stone altar remaining in the chancel. As tensions within England rose, the religious policy came under further scrutiny in Worcester. By 1640 Worcester City Council was dominated by puritans who objected to the presence of the stone altar and rails as ‘popish’ and ‘idolatrous’, and called for their removal[13]. The objections were ignored by Potter and the Cathedral, who left the altar, its rails and hangings as Maynwaring had erected them.

The 1630s was a turbulent time for Worcester Cathedral in the wake of the Caroline religious policy. In the space of eight years, the Cathedral transformed its image from the simple layout of Elizabethan Calvinism to the ritualised High Church Laudianism. It was held under siege from the Parliamentarian forces and was damaged in protest at the popish ornamentation. The Cathedral witnessed the controversies between the rising puritans and High Church Laudians, seeing a medieval style altar installed and ripped out again as Worcester fluctuated between Royalist and Parliamentarian control.

Malcolm, A. (1995) The Civil War in Worcestershire. Stroud: Alan Sutton.

Marcombe, D. (1991) ‘Cathedrals and Protestantism: the search for a new identity, 1540-1660’ in Marcombe, D and Knighton, C. S. (eds) Close encounters: English cathedrals and society since 1540. Nottingham: University of Nottingham.